This article does not contain spoilers. So let's keep it that way for people who haven’t had the chance to watch it.

The Tremors franchise is back this week with a brand new seventh installment Tremors: Shrieker Island. I just finished and it wasn’t bad. It had the action, humor, and suspense you come to expect from the franchise. Tremors is a franchise where there are no actual “bad" installments. True none of them have lived up to the iconic cult classic of the original(a few are close), but very few franchises do. Additionally, we’ve learned the previous sequel, A Cold Day in Hell, similarly hit Netflix the same day. Hene, both A Cold Day in Hell and Shrieker Island can currently be found on Netflix. So make it a Graboid double feature. 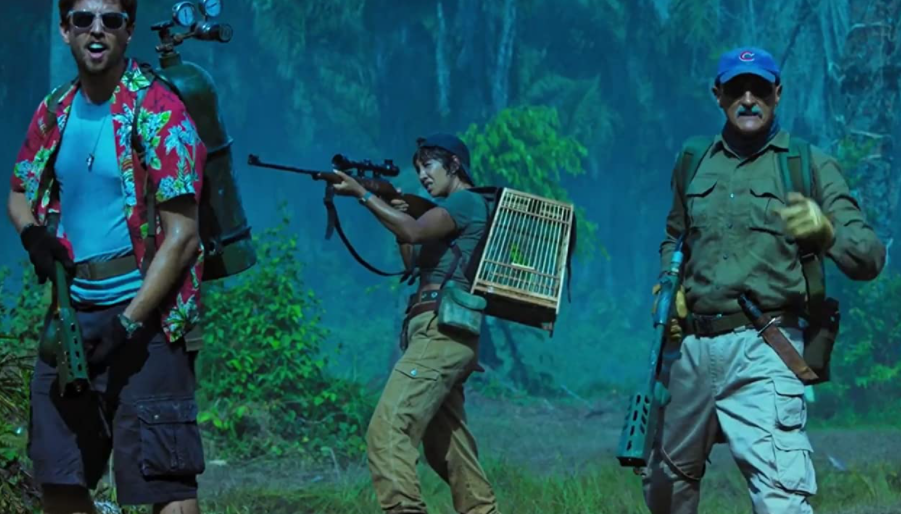 On the island setting the seventh movie. “When a nature preserve in the Solomon Islands is infiltrated by Graboids, Ass Blasters, and Shriekers, two of the preserve’s top scientists recruit Burt Gummer (Michael Gross), monster hunter extraordinaire, to eradicate the infestation. While there, Burt picks up a potential new protégé and encounters lost love.”

Brian Brightly wrote the screenplay with Universal Home Entertainment regular Don Michael Paul returning to direct. He previously got behind the camera for Tremors 5: Bloodlines and 2018’s Tremors: A Cold Day in Hell, and a half dozen other Universal home video titles.

Michael Gross posted today he is open for another Tremors film. We will see, we will definitely see.