2020 started out as any other year. Then we were blindsided by a global pandemic where practically the whole world closed down. Next, we saw an invasion of Murder Hornets, and we thought how could it get any worse. Well kids, get out your Apocalyptic Bingo card because we have another threat. Yet another terrifying insect has emerged in West Virginia–one with an equally terrifying name. I’m talking now about “Zombie Cicadas”! HA. And you thought WVers only had "Wrong Turn" mutants going for us. Guess Again. While some people instantly think cicadas look scary, kinda like mutant grasshoppers on steroids. So you may be asking yourself what actually is a “Zombie Cicada”? First, it is not a new species that will fly along and suck or eat your brains while you are outside Bar-B-Quing. So put this hysteria to rest. It is a regular garden-variety cicada that’s mind is being controlled by a parasitic fungus. Not as fearful as a brain-eating bug that number in the billions, but it still is some real dread right there!

West Virginia University said in a press release. “These insects, dubbed zombie cicadas, are under the influence of Massospora, a psychedelic fungus which contains chemicals such as those found in hallucinogenic mushrooms, according to a new study published by PLOS Pathogens. After infecting its host, the fungus results in a disturbing display of B-horror movie proportions."

The specific symptoms are ghastly! First, Massospora disintegrates that cicadas genitals, butt, and abdomen. Next, it stuffs the vacant areas within the insect with fungus. Though their bodies are tattered, the cicadas continue to fly, eat, and mate(which I have no idea how if they don't have genitals). So how are cicadas becoming infected “Zombies”? It’s a sexually transmitted disease, of course it is! At this point, I would be surprised if it wasn't. While Massospora and similar fungi can’t infect humans (not yet, just wait), it’s a terrifying thought to ponder. I can see it now, crackheads smoking zombie cicadas for the psychedelic Massospora. 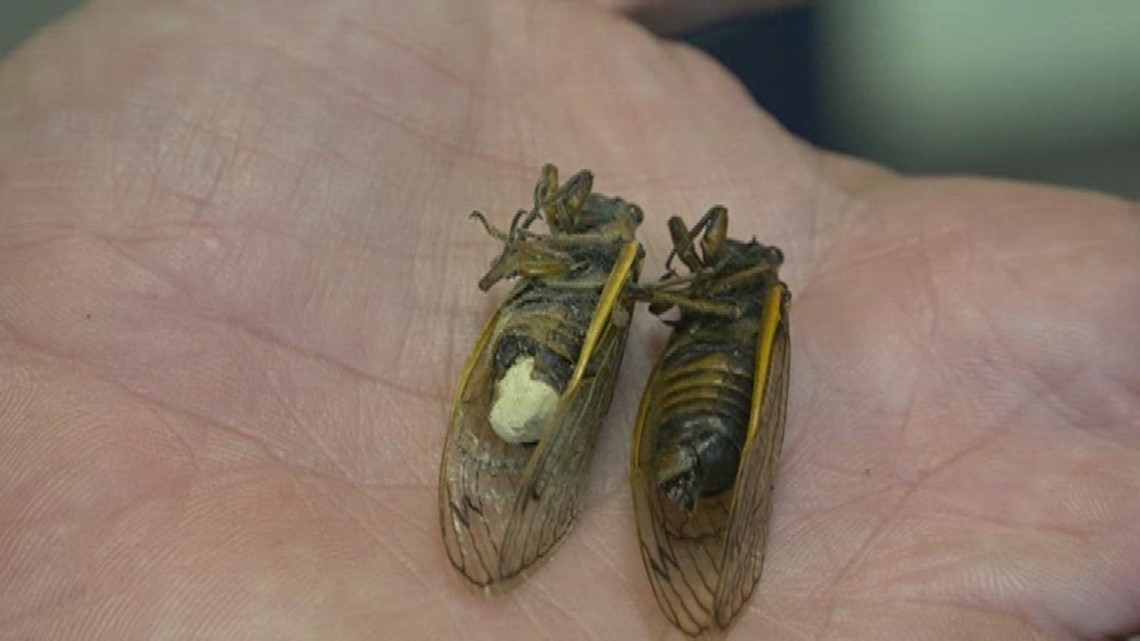