This is a fun one. We all know the villains. We all have watched their different movies and adaptations. So it is cool to get a number of people we have seen killed. So I compiled a list of the body counts. Now I limited it to humans, well they either are human or were human at one time. Because if I listed horror kill counts, it would be a Godzilla and other giant monsters list. I don’t know how many Godzilla has killed, but I am sure it is in the millions. That is a given when you trample down the street in large cities.

So this list will be human size (well not for two, they are small). I try to keep it on a visual level, or a confirmed number in the movie/TV show. I have included reboots and canon killing sequels. Because if I left one or the other out, it would make people mad. So I including them all. Most of them are definite, but a few are give and take totals. 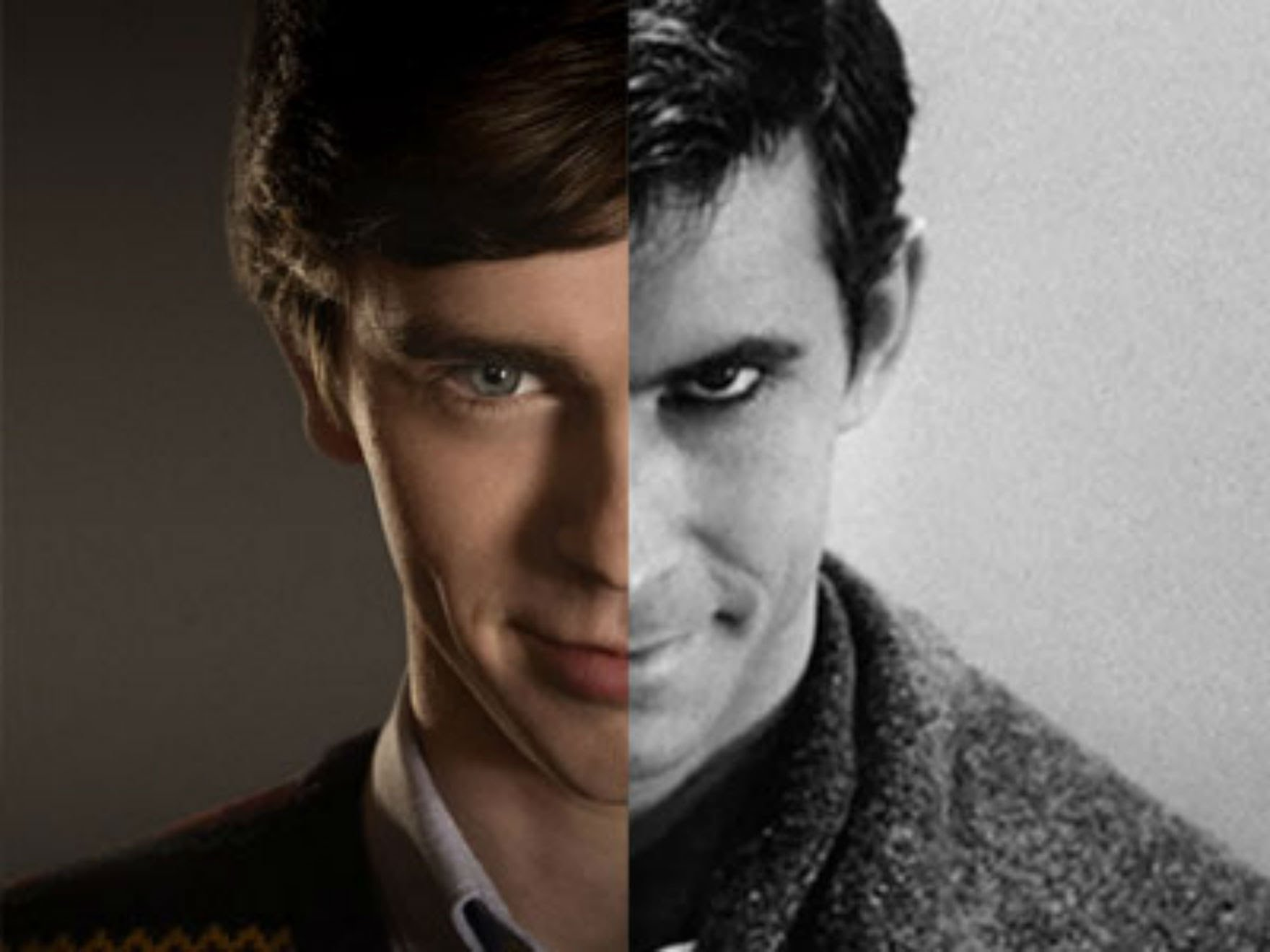 While not considered a slasher movie(to some who are wrong), many horror film historians consider Alfred Hitchcock's Psycho to be the precursor to the slasher movie and the one that set the stage for what was to come. Norman Bates was not a faceless slasher monster, but he was a monster nonetheless, killing many people who stopped off at Bates Motel.

The murders on the movie screen were small -- but the numbers started to build when Norman's childhood was explored on Bates Motel, as he killed his father to begin his life as a psycho killer and he ended up with a total of 20 kills between the movies and TV series. 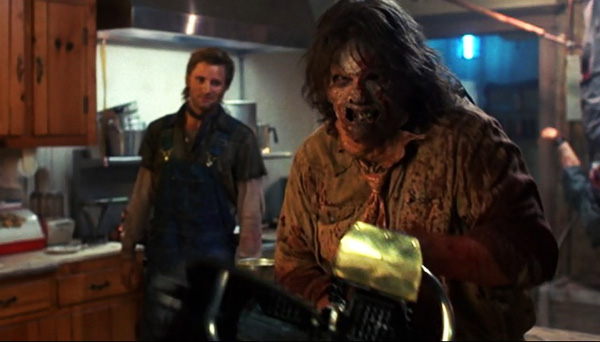 This number includes just people that the iconic horror villains killed themselves. That means that the other murders by the members of the Sawyer Family do not count here nor do bodies found without the killer proven. This death count is just the total amount of people Leatherface himself killed.

In the eight moves in the Texas Chainsaw Massacre film series, there were over 85 deaths. However, of those deaths, Leatherface was only responsible for 31 of them. Even more impressive is that the first movie, considered one of the bloodiest gorefest of all-time, only saw Leatherface kill four people. Why I think we should drop Leatherface, and just call it Sawyer Family movies. Because there are some great villains in the family that should have more attention. 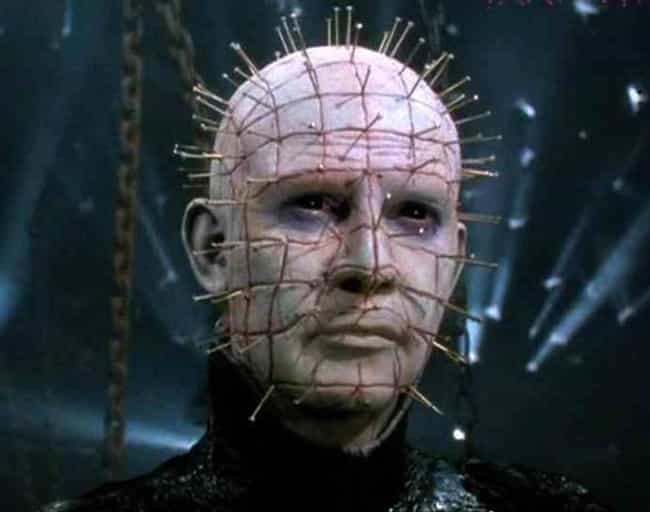 Jason, Michael Myers, and Freddy movies over saturated the market in the '80s, and the slasher movie genre was getting stale, fast. Then in 1987, Clive Barker's Hellraiser came along and changed everything. It was fresh adult-oriented and extremely graphic and disturbing.

Much like Leatherface, the iconic villain in this horror franchise was one of many killers, but Pinhead was the leader of the Cenobites and the one that lasted throughout the series. While his chief delight was sadomasochistic torture, he also killed 35 people throughout the franchise. 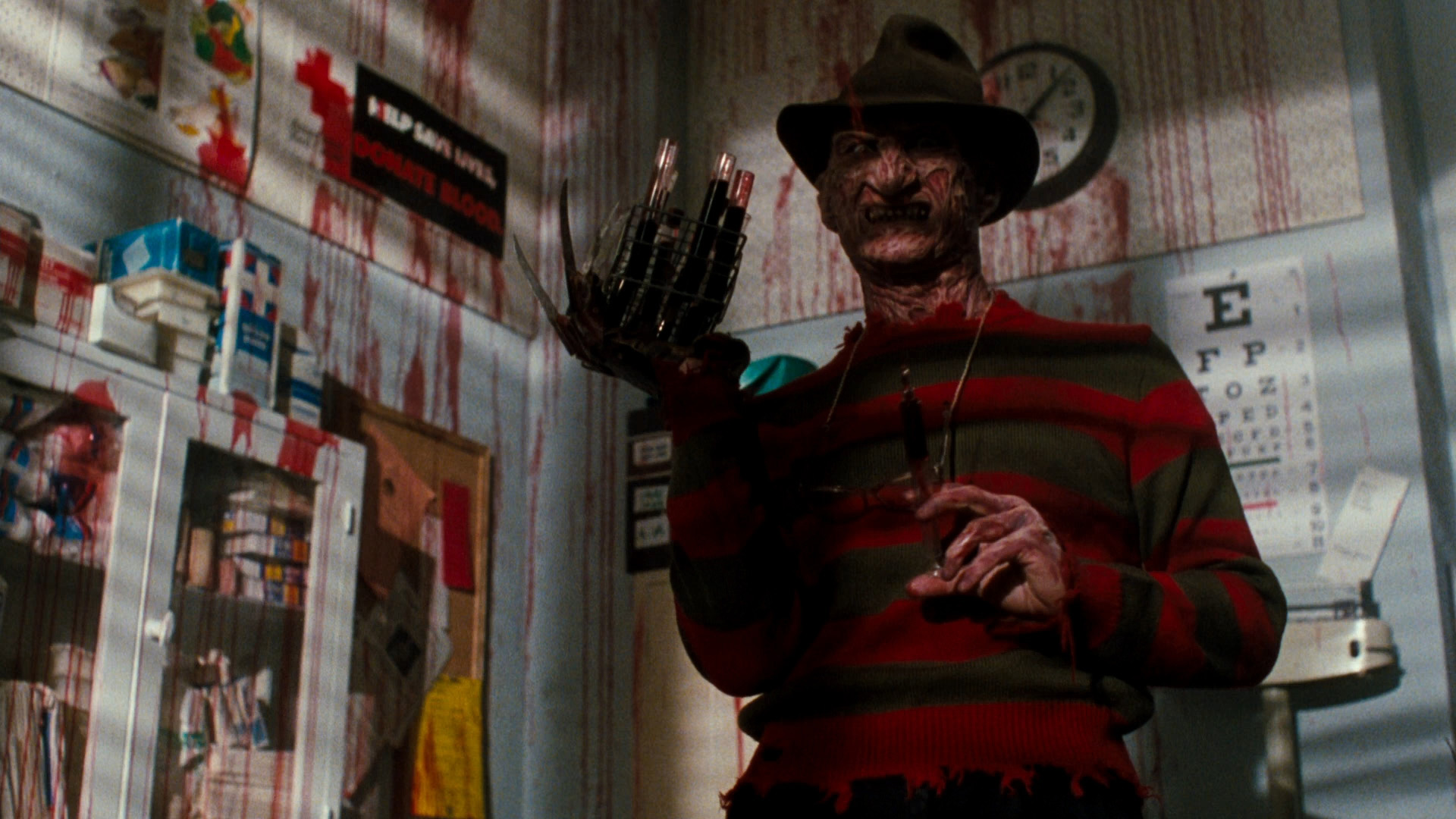 Forget the lumbering monsters. Freddy was a jerk, someone who waited to kill someone until he could insult them and humiliate them before finally ending their life. The fact that he lived in a person's dreams also made him very scary and kept many kids up all night long in the '80s when he was at the height of his popularity. Through his eight movies and the reboot, Freddy surprisingly has a relatively low kill count of just 39 victims.

I was debating on including the 20 kids before being killed in the fire. So this is one of those give and take entries. You can choose which, 39, or 59. 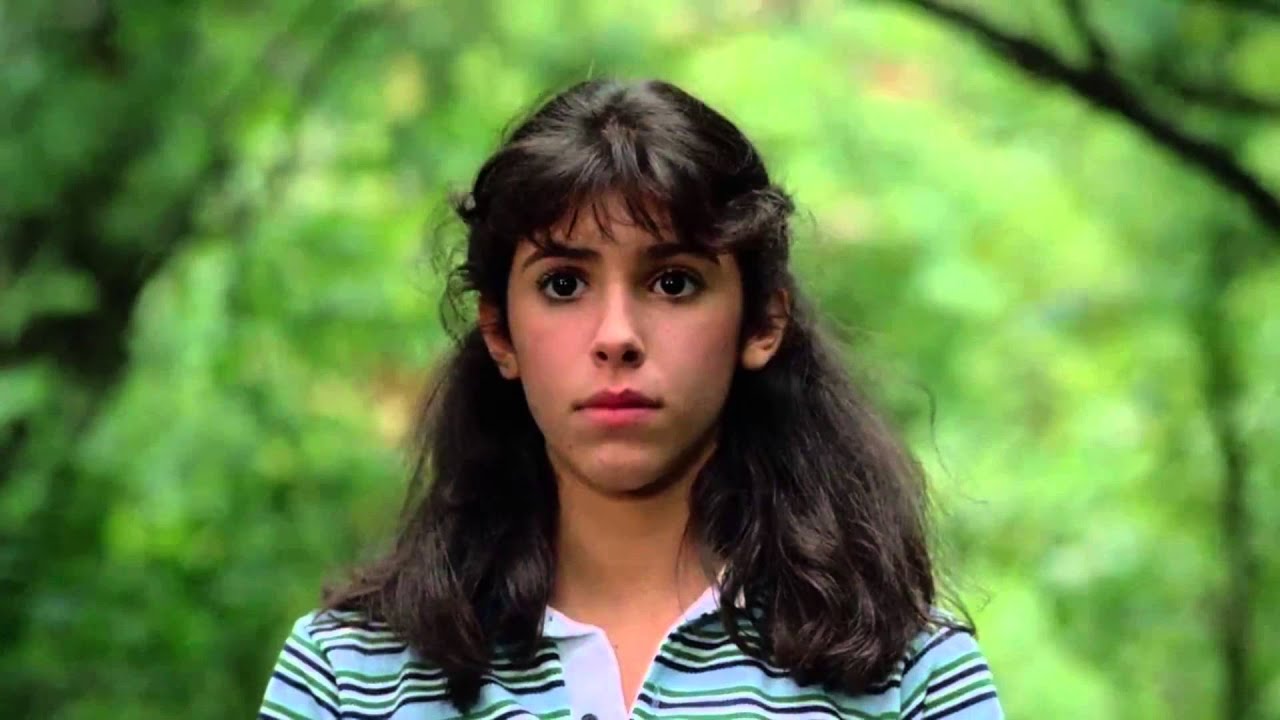 Remember Sleepaway Camp? This iconic horror series might be more famous for its twist end, but its killer, Angela. Across four films, she kills 55 people, in brutal mass numbers. The Leprechaun has taken plenty of lives over the years. In the numerous films, whether in the Hood, space and a let's say less than expected remake. The Leprechaun has used his abilities to inflate people's bodies until they explode, pogo-stick people to death, or simply rip a person's jaw off by tugging on a gold tooth! He is someone I wouldn't want mad at me, but I bet he is a blast to hang out with.

Give the Leprechaun his due: at least he's creative when it comes to killing. 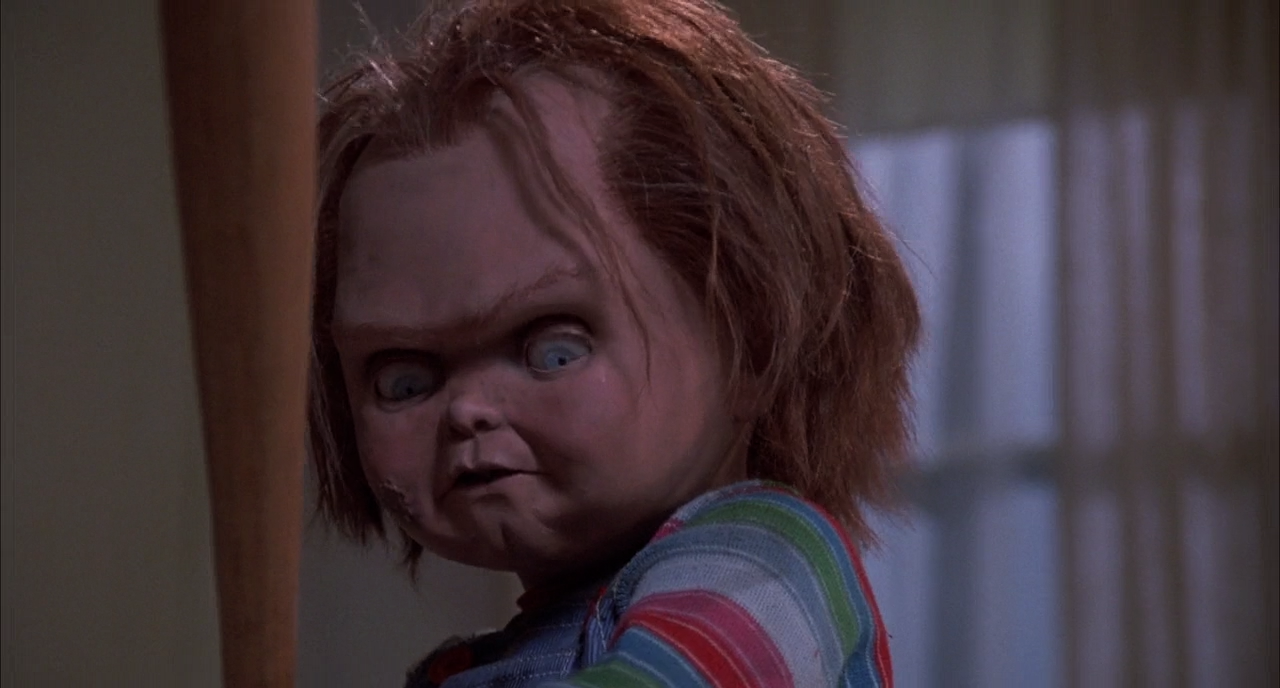 He is small and doesn't look that dangerous, but Chucky from the Child's Play franchise has a nice large kill count -- probably because no one fears him until it is too late. The original movie saw a serial killer gunned down by the police, but he was able to use a voodoo spell to send his spirit into a doll.

Through seven movies in the series, with each more absurd than the last, Chucky has killed 38 total people. The reboot Chucky is a problem, we don’t know how many died in the reboot. From most guesses, it is 20. And to further the number guessing game, do we add in the kills from Charley Ray when human? Plus we don’t know how many he killed. So again, another for debate. 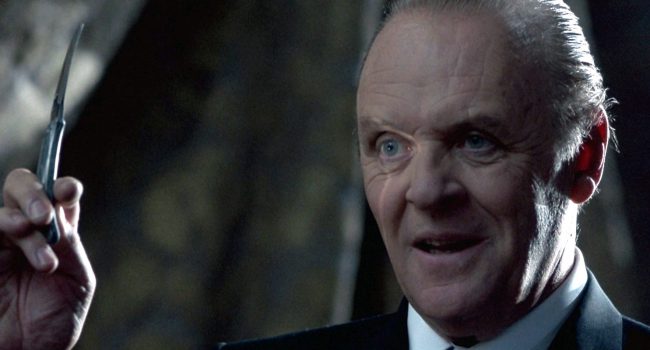 In Silence of the Lambs, Hannibal Lecter was in prison for murder and cannibalism, but his crimes all took place in the past. He was instead a person that the FBI came to for help in stopping a new serial killer, so for much of that movie, he was not the main villain at all. However, when he started killing to escape prison, it showed his savagery and that was just the start.

There were more kills for him in Hannibal, but neither Manhunter nor Red Dragon (which told the same story) saw the doctor kill anyone. Then, the NBC series hit, and Hannibal saw him kill so many people in three seasons that his kill count reached an impressive 98 victims. 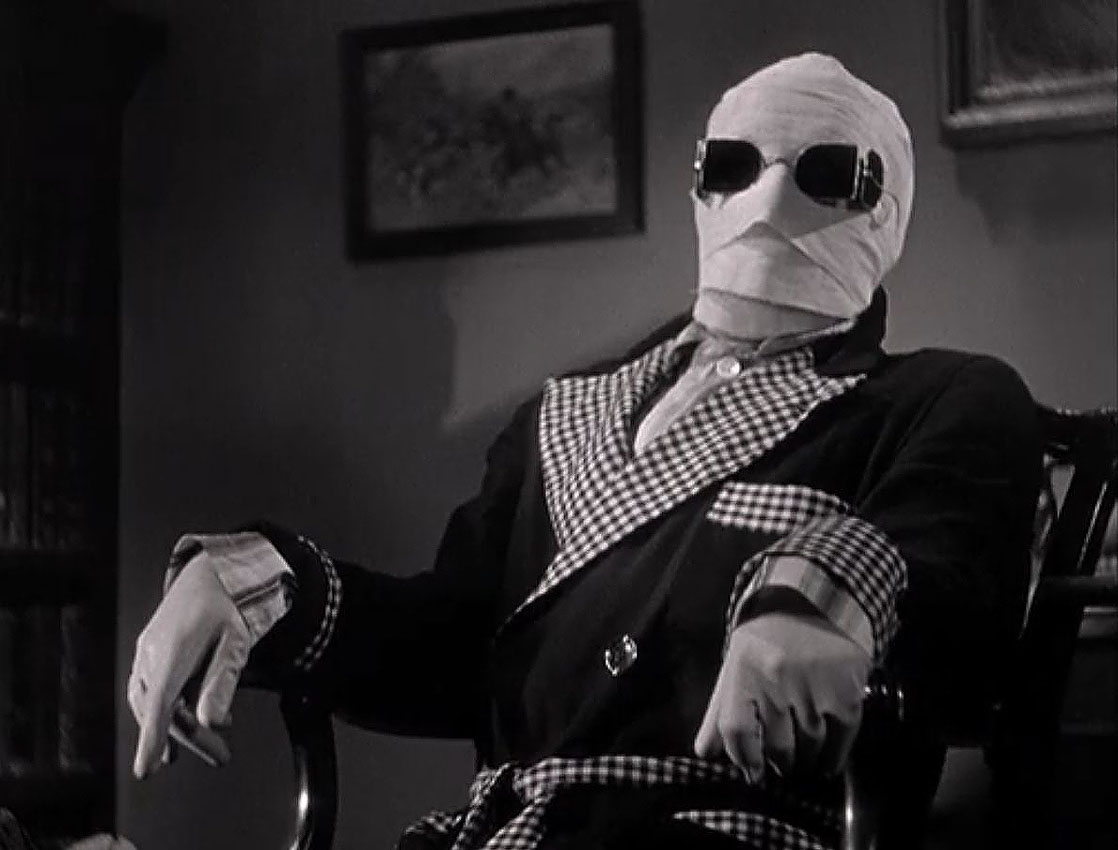 The one iconic horror villain that might shock some by appearing so high on the kill list is the classic Universal Horror monster The Invisible Man. Arriving in the same era as Dracula, Frankenstein's Monster, The Wolf-Man, and The Mummy, Dr. Jack Griffin killed more than all four of those monsters combined.

See, not only was the Invisible Man a "monster" but he was a cold-blooded serial killer. When he achieved invisibility, he went insane and started killing anyone who got in his way. He commits several murders on camera and it is mentioned that he has killed a total of 20 men in the search party looking for him. Later he causes the derailment of a passenger train that inflicts death on another 100 innocent people. Don’t feel bad, this surprises most people.

Thanks to the 2018 Halloween reboot/sequel, Michael Myers finally pulled ahead of The Invisible Man in the kill count. Since I am being nice with all the villains, we are forgoing the 2018 movie makes everything after the first one void. If I didn’t, he would be way up toward the top.

Michael is considered the first real slasher killer, a deranged man who escaped from a mental asylum and returning home to kill on Halloween. One of the most iconic horror villains in history, Michael killed in seven movies in the original franchise, two that ramped up the kills in Rob Zombie's remake of the series and then even more in the 2018 film that was a direct sequel to the first Halloween. All total, Michael Myers killed 133 people. 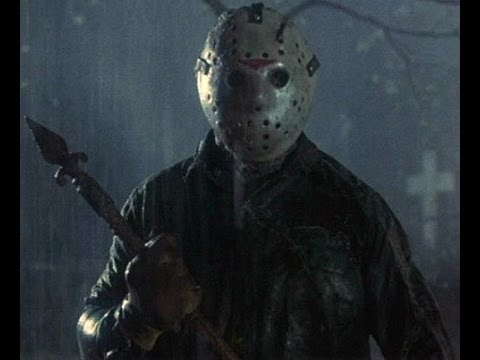 While Michael Myers was the first famous slasher movie villain, Jason Voorhees became the king in short order. This rise to the top happened even though he wasn't even in the first movie until a jump scare at the end which was in a dream. After his mom killed a bunch of teens in the first movie, Jason showed up in Friday the 13th, Part 2, and eventually put on the hockey mask and killed teenagers consistently, eventually becoming a Frankenstein/Flesh Golem(read my article) by the end.

Jason killed in eight of the nine movies in the original Friday the 13th franchise. He then showed up in outer space in 2002(don’t know how many on the space station so he gets a +), fought Freddy in 2003(we don’t know for sure how many died at the party so he gets the +) and later appeared in a reboot in 2009. By the end, Jason Voorhees sat on top of the iconic horror villain throne with at least 151 kills.